We are using cookies in the page. If you use the page you agree for the cookies.      Close

To make virtual machines see each other in the network you have to add to both of them new network adapter of type "Internal network" as shown below: 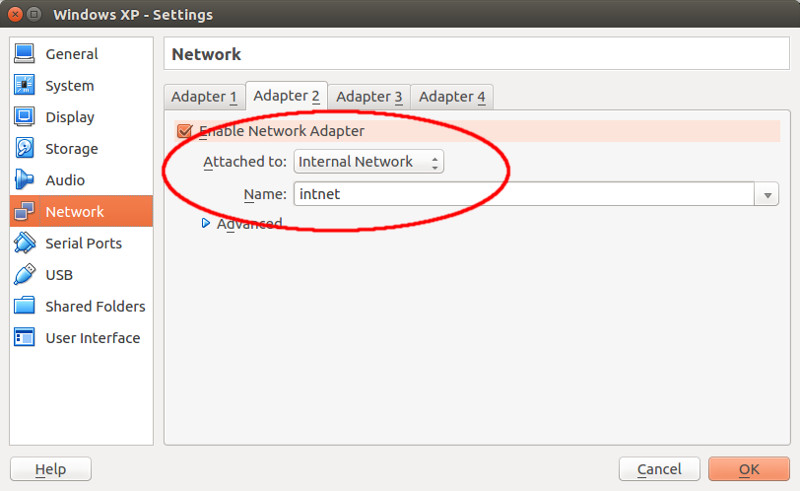 The changes made will take effect either after executing following command: service networking restart or after restarting virtual machine.